Going to island in the mid summer heat is a common thing to do, but ever thought of visiting a river island? Here are two places in India you have to go to if you are looking for an ideal river isle getaway.

As the name suggests, Majuli is a little island between the river Brahmaputra and river Subanisri and its tributaries. Apart from being a picturesque landscape, it boasts of a rich population of birds and is visited by migratory birds too, and is said to be the Mecca for birdwatchers.

A visit to this isle is sure to give a glimpse of what the Assamese culture looks like. The area is known for its skilled artisans who are experts in pottery, handlooms, etc., if you are going there, be sure not to miss the Ali-ai-ligang festival, a harvest festival that happens in February or March and join the locals in dancing and singing and absorbing the rich Assam festivities.

The island according to several reports is fast shrinking, so be sure to visit this place before it is entirely digested by the Brahmaputra. 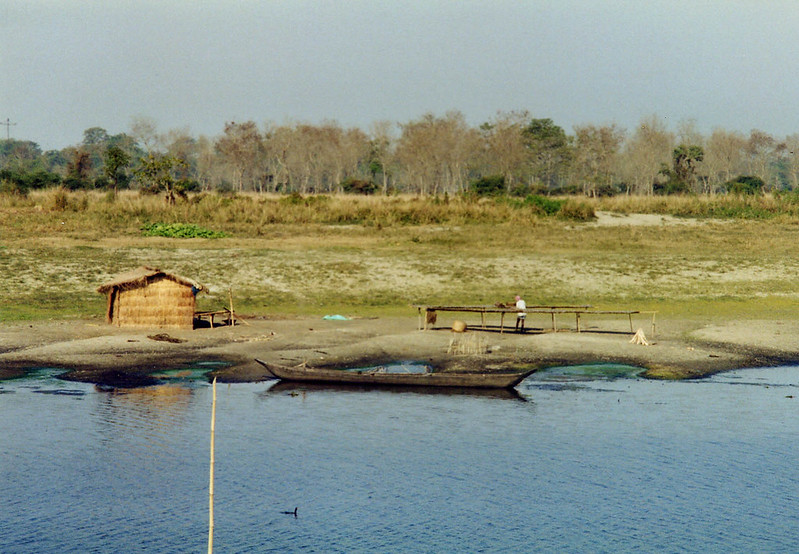 The place that was the capital of the former ruler Tipu Sultan, is nothing like the Majuli, but instead known for its architectural history. It lies on the bank of river Kaveri, and is home to many a tombs and temples. Amongst all the temples that the place houses be sure to visit the Nimishamba temple which is on the bank of the river.

While here, the Gumbaz is one place you absolutely cannot miss. It gives you a glimpse into the architectural wonders of Tipu era. It was built by Tipu to house the cenotaphs of his parents, and later was buried there as well. It lies amidst a large well maintained garden, on entering the tomb one is greeting by the rich aroma of flowers and agarbatti, and the guide narrating the tale of Tipu. On exiting the Gumbaz on can find a mosque built by the same ruler, to the right.

Apart from these, Shrirangapatna houses Tipu’s summer palace, structural ruins of many other palaces and Sir Bailey’s Dungeons. The dungeons give you a glimpse of what it was to be a prisoner in that era. The place gets its name because Colonel Bailey breathed his last there. Though the walls are white washed and spares us the horror of what it actually looked like, the place’s stillness is still uncanny.

Resorts in this place offer tourists the opportunity to go river rafting, which is an experience in itself. The Ranganathittu Bird Sanctury, which is a few kilometres away from Shrirangapattana, is home to varieties of birds and also houses quite a few alligators, in their natural habitat, unfazed by tourists.

5 reasons to pack your bags, ASAP, and visit the Seven Sisters!

Forget these things at your own peril

The forgotten wonders of Karnataka

Places to Relax and Rejuvenate

I walk, and I discover, myself and places. I draw, and I write. And that's how I travel.

The forgotten wonders of Karnataka